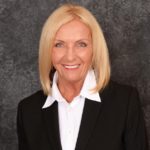 Dr. Jane L. Beyer Westerhold holds a doctorate in leadership and policy studies from Loyola University Chicago and has over 40 years of school leadership experience. Dr. Westerhold retired in 2016 from CCSD 62 in Des Plaines, IL, and since retiring, has served as an interim superintendent in North Shore School District 112 and Deerfield Public Schools District 109 in Deerfield, IL.

Dr. Westerhold joined HYA in 2006 when she served on the superintendent search team for Barrington CUSD 220 in Barrington, IL. As a senior associate, she has led and co-led multiple searches in multiple states. Most recently she led the successful searches in Lake Forest School Districts 67 and 115 in Lake Forest, IL and Niles Township High School District 219 in Illinois.

One of her many major accomplishments includes overseeing the successful completion and opening of a comprehensive early learning center, which was named in her honor in 2015 as the Jane L. Westerhold Early Learning Center. She was the 2015 President of IASA, served on the AASA Governing Board, serves on the National Board for NCERT, and is a past Executive Committee member for District Administrators Leadership Institute (DALI). In addition to being named Illinois Superintendent of the Year in 2013, her other honors include the Illinois Those Who Excel Award of Excellence (2013), AASA’s Distinguished Service Award (2018), the School Business Officials Presidential Award (2015) and the Illinois National School PUblic Relations Association Distinguished Service Award (2013).